Welcome to Cigars Daily! We’re your neighborhood cigar shop online, and we want to rock your world with amazing customer service and rockstar shipping.

We’re a family owned and operated company founded in February of 2018. The company is run by me (Tim), my partner and Father-in-law, Jim Campbell, and our wives Allison Swanson and Elvie Campbell. We wake up every morning not just to provide excellent service in cigars, but to provide you with the absolute best cigar deals anywhere. It is also our extreme passion to bring cigar loving people together in an overwhelmingly positive and helpful community called the Cigars Daily Nation.

We hope you get as much out of Cigars Daily as so many other people already have. Enjoy this virtual tour of our shop below, and get an inside look at every part of our business (even down to our shipping facilities). If you have any questions or comments for us, please don’t hesitate to reach out to us via email at hello@cigarsdaily.com or by phone at 602-703-1194.

Jim has been in business for himself for more than 40 years. His entrepreneurial passion spans the life of companies specializing in everything from janitorial work to Corporate data storage. He has been a cigar smoker for 15 years.

“For me Cigars Daily is the opportunity to create a legacy and provide for my kids and grandkids. It’s also just about the most fun I’ve ever had in business.” – Jim

Favorite Cigar: The Obrigado and Padron 1926.

Tim has been an avid cigar smoker for 15 years. His passion for cigars has led him to pursue collecting, rolling, and creating his own line of cigars. He has worked in the cigar world since 2014, and he is passionate about serving the wonderful people that cigars naturally attract.

“Cigars Daily is my baby. Jim and I have build every aspect of the company together, and it has been one of the most distinguished privileges of my life.” – Tim

Favorite Cigar: Tim famously avoids this question as he believes there’s a good cigar for every occasion. But if you pin him down he’ll tell you it’s either the Rose of Sharon from Southern Draw or the Filthy Viking. 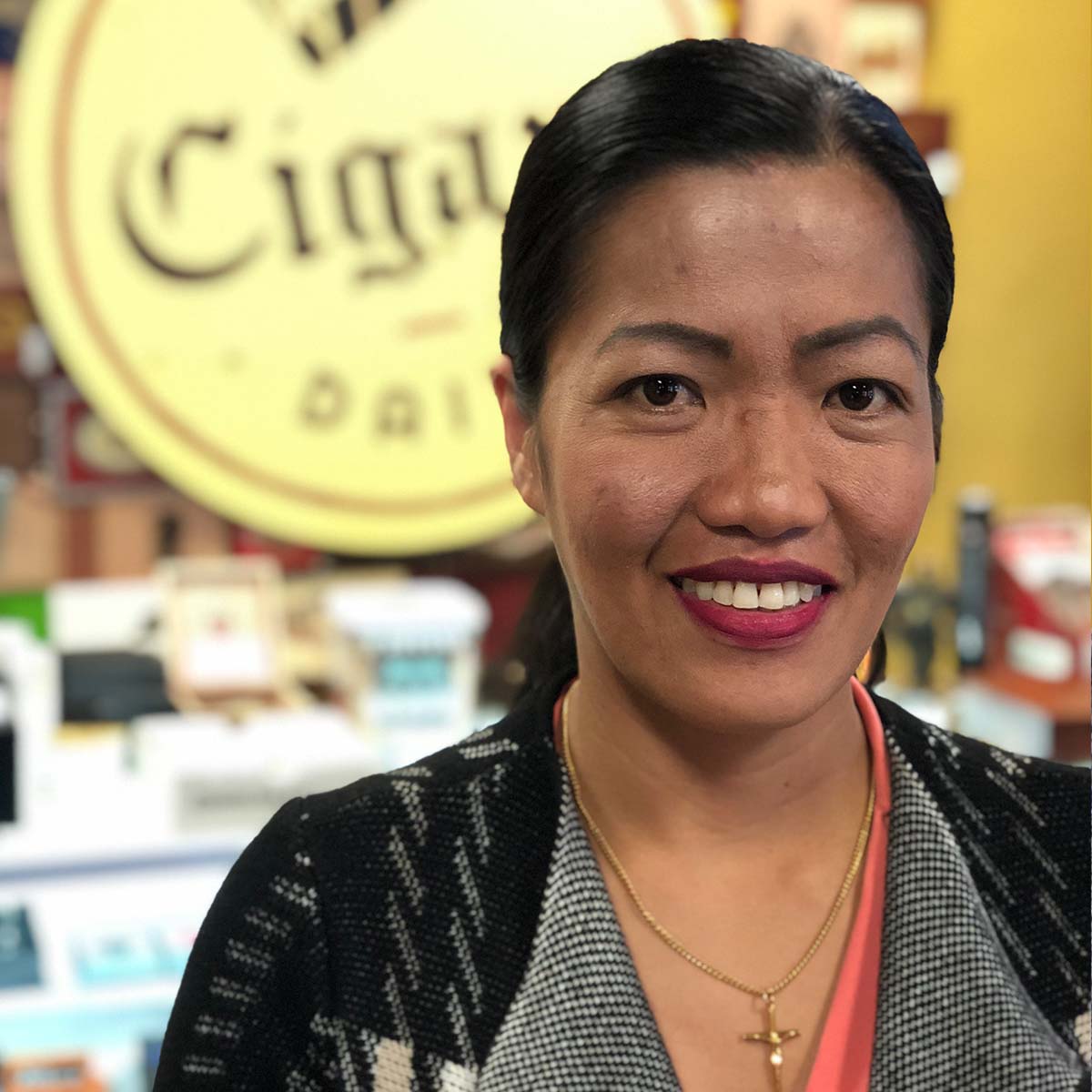 Elvie has a long history with premium cigars. Her family raised and cultivated premium tobacco when she was just a little girl in Cebu, Philippines. Now she plays a massive role in Cigars Daily, as she ensures each order is packed accurately and with care.

Favorite Cigars: Either The Java Mint or the Filthy Viking

Allison has been a dedicated social worker for 13 years. She is wildly passionate about helping people in various life stages. At Cigars Daily she fits right in as our customer service specialist.

“Cigars Daily has far exceeded anything I could’ve imagined. It has not only been an amazing opportunity for our family to pursue our interest of getting great cigar deals in the hands of our customers, but it has also been awesome to see a community build around the common interest of cigars.” – Allison